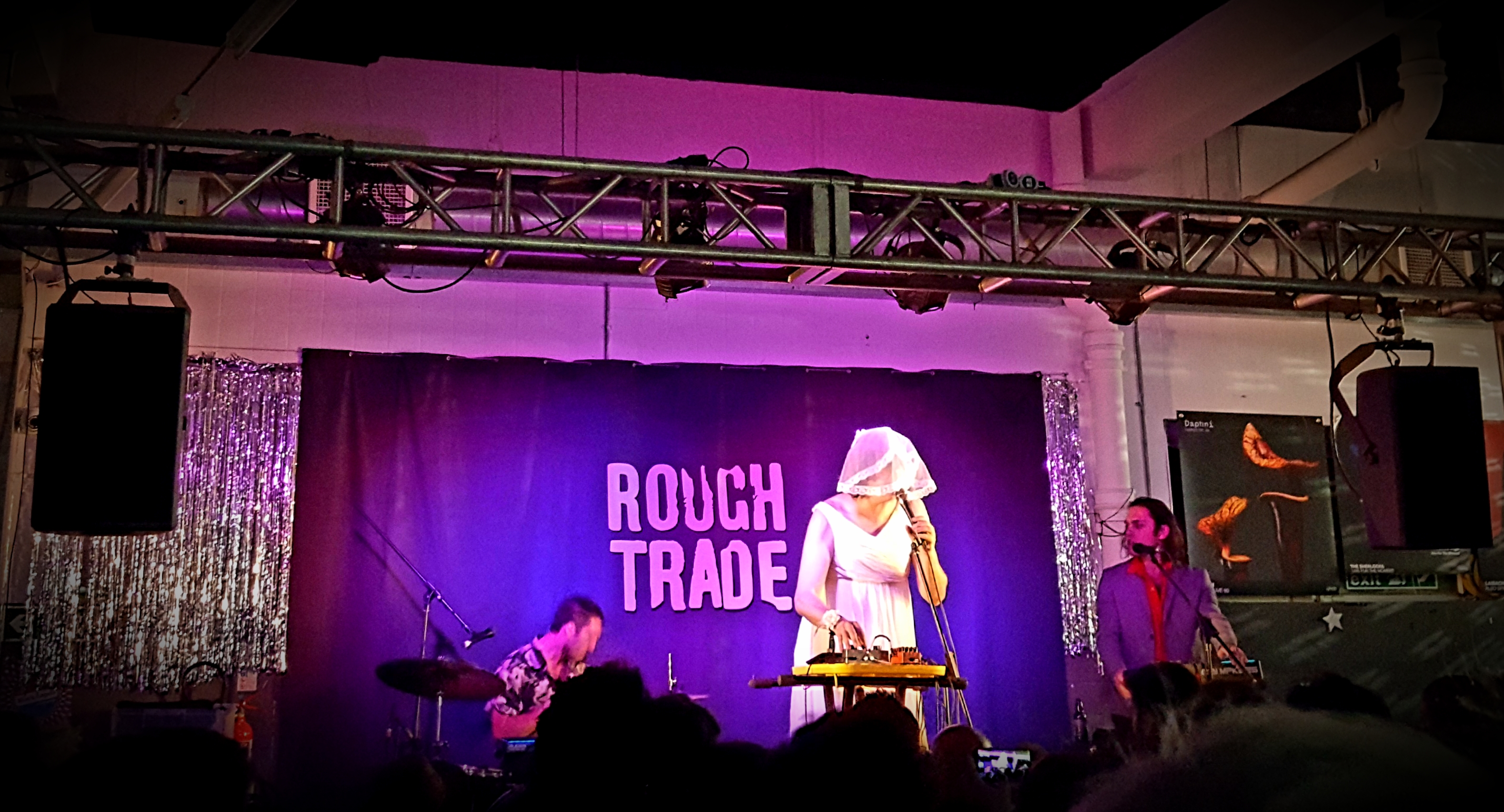 With the approaching release of their eighth album, TCFC on 25th August 2017, Liars played an intimate gig at London’s Rough Trade tonight. 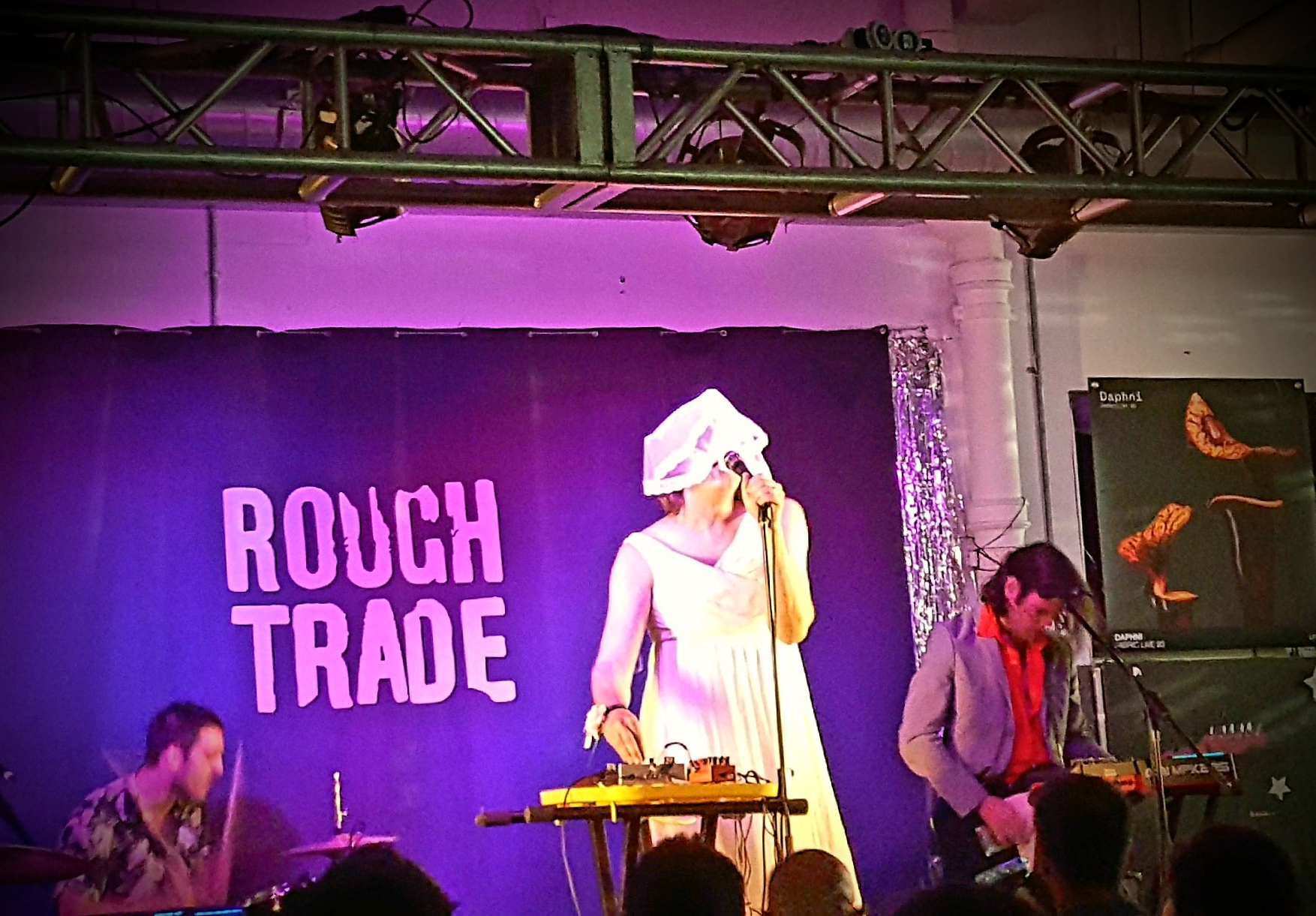 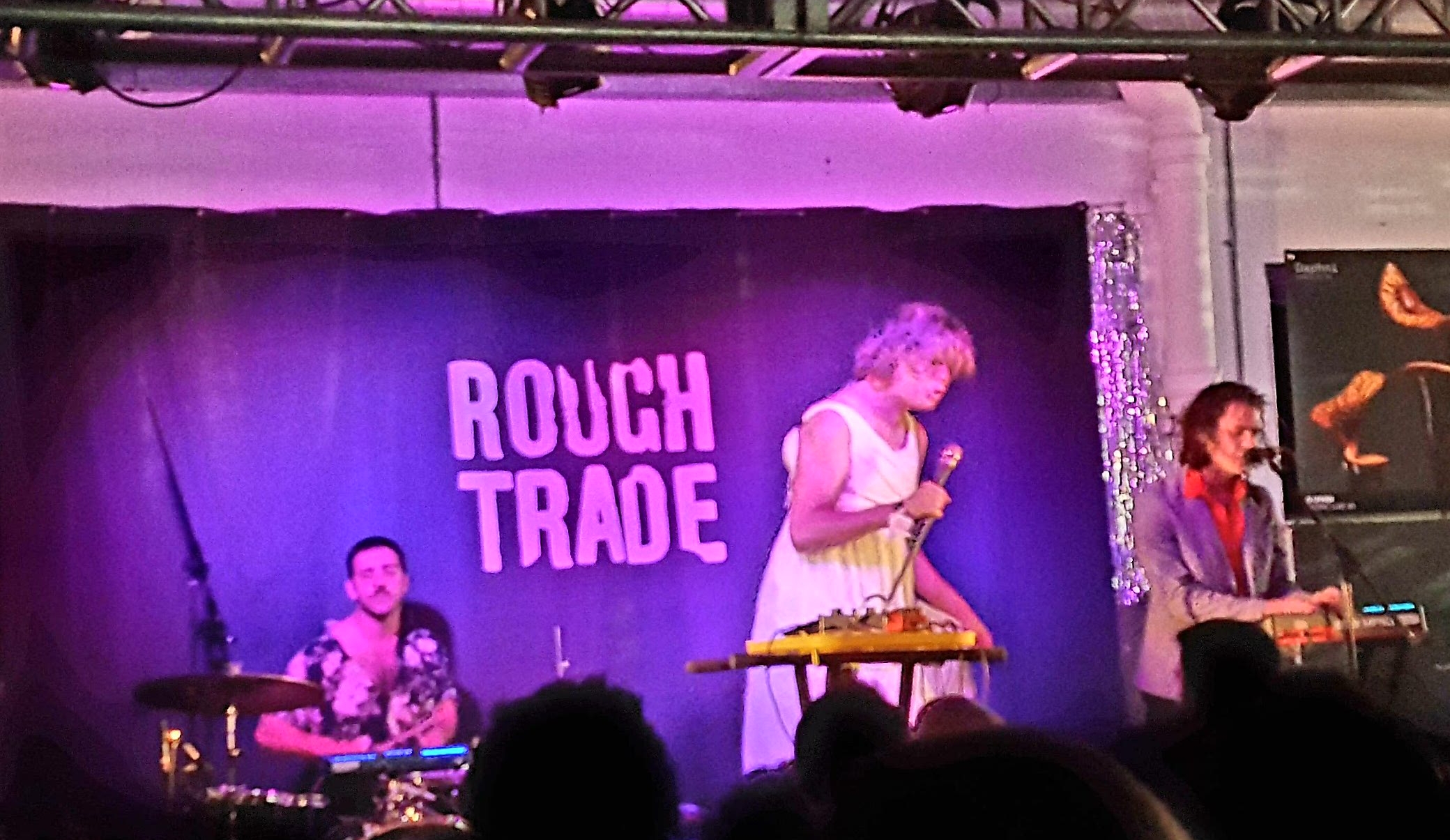 Combining a new LP and new line up, the band impressed fans and animated the store with their varied set, which comprised of new and old offerings including, Be Quiet Mt. Heart Attack, Houseclouds, and Mess on a Mission from their last album 2014’s Mess, among others. Angus Andrew, dressed in a white wedding dress and veil, was captivating as he threw shapes around the small stage until the (now) trio ended the set with It Fit When I Was A Kid, from third album 2006’s Drum’s Not Dead. The audience, were then invited for a post-show album signing, which also provided fans a personal opportunity to show their appreciation to Liars, should they choose, for the energy and live antics they had just witnessed. 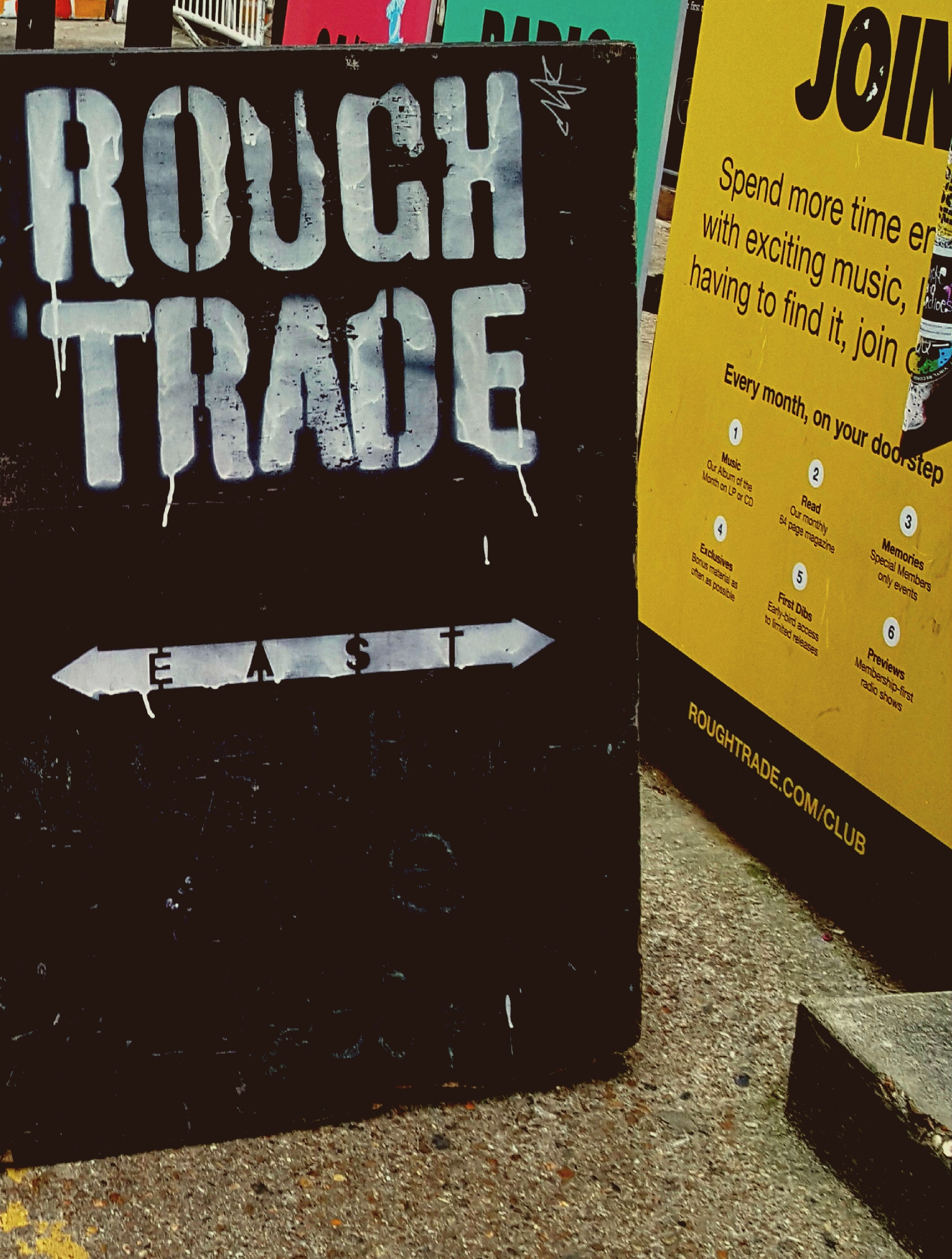