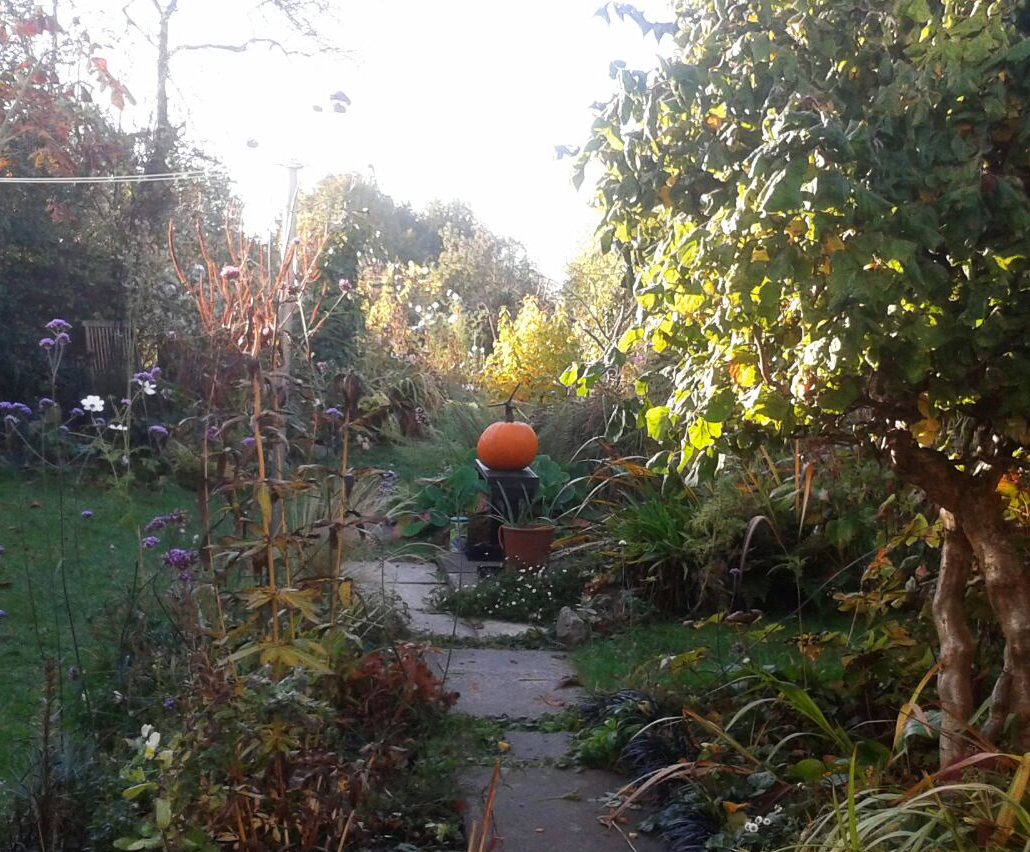 I have always wanted to make Pumpkin Pie. Seasonally, with every harvest I have imagined making this sweet spicy dish, mainly comprising of a savoury staple, that for me, epitomises the natural beauty of autumnal colours when prepared and served. I frequently pictured my family and I gathered around a table indoors each helping ourselves to a slice of this warm golden tart on a cold autumnal eve.

This small culinary dream was to be realised this autumn. A perfect looking plump pumpkin was chosen from my mother’s garden on November 1st, 2016. Once unearthed this orange giant was left outside to ripen, and there it glowed gloriously in the morning dew and evening sunset in the forthcoming days before the big pumpkin bake. After washing it on the day of the cooking, it seemed a shame to carve into its proud and robust structure, and I hesitated before starting what eventually became a rather difficult and time consuming feat that had not been realistically predicted. What I first viewed as a singular enjoyable short act, one where I would be a vision of culinary prowess in the kitchen as I deftly transformed this raw orange shape into a gilded mouth-watering dessert, quickly evolved into an enormous task featuring a production line of family members all enlisted to slice, carve, wrench and heave chunks out of this mighty vegetable. Sweat beads started to gather on us in the few hours that followed, brows were mopped and a few sighs could be heard in the warm, messy and busy kitchen before the whole pumpkin had been separated into numerous cubes that filled two large saucepans and was then ready to be boiled and turned into the pie’s filling.

No particular recipe had been followed and the method was an amalgamation of recommendations from the internet, but adapted so the pie could be wheat and milk free, with a freshly made pie crust rather than pre-bought one. Before getting it right, the raw pastry consistency switched repeatedly from over-gooey batter to a too dry paste, which could be attributed to the wheat-free/ gluten-free flour chosen, but was most likely due to the method and my unrefined baking skills. Once embossed in the baking tin, the pastry pie crust was baked (blindly) while simultaneously the pumpkin chunks boiled.

What was surprising, along with the colour transformation from bright orange to murky brown, was how little of the pumpkin pulp was left to make the filling, once drained and sieved. Mixing the mashed pumpkin with the spices, eggs and sugar was the most pleasurable part of the baking, but again the consistency was hard to perfect as the actual ratios of ingredients and cooking method differed to what had been previously researched. As the rich fragrance of the mix filled the kitchen a premature sense of accomplishment surfaced, which deepened as the mix was poured into the half-baked pie crust and the tart was at last placed into the oven. 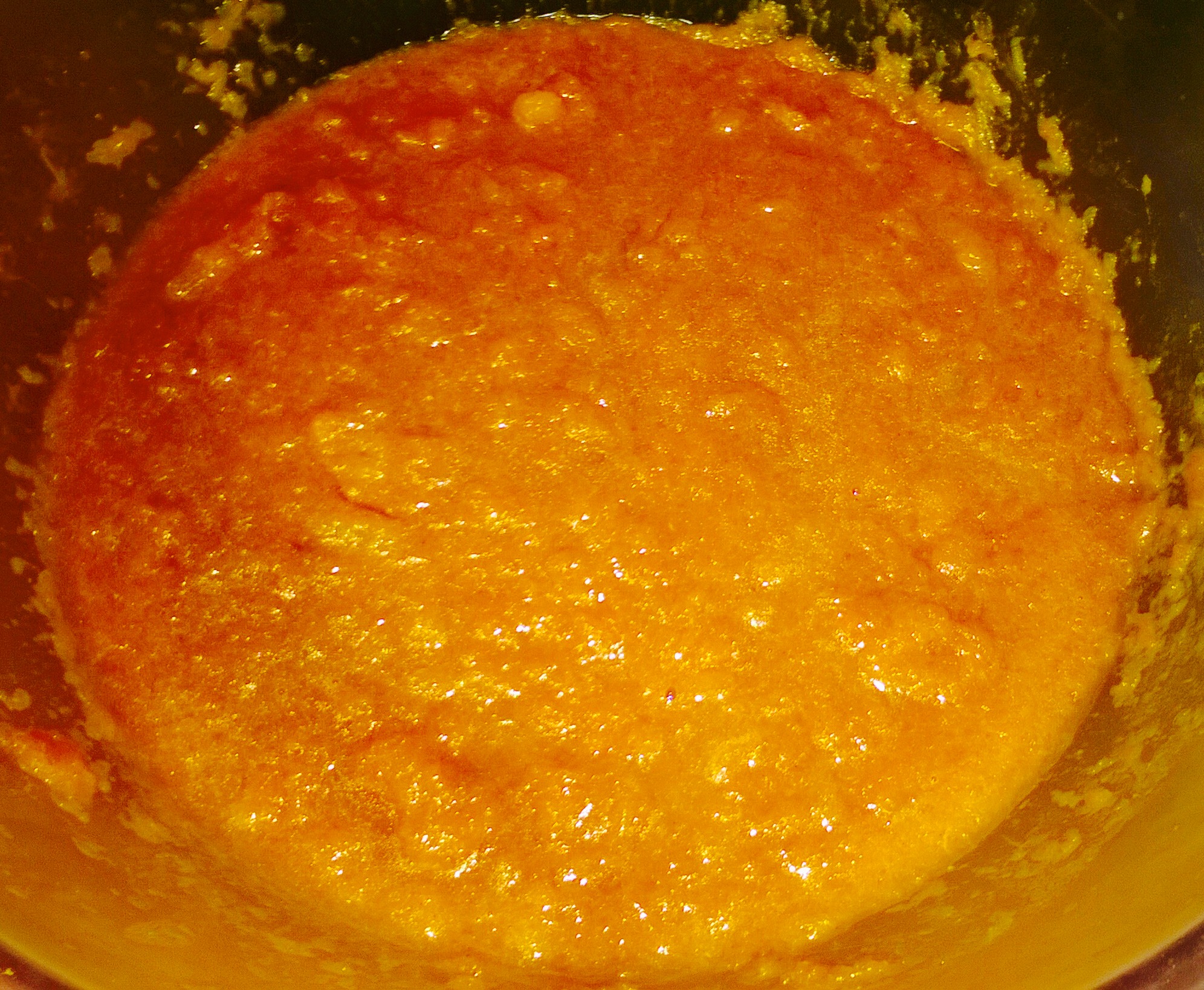 Impatiently, I waited for the pumpkin pie to cook, trying to resist urges to open the oven door and peer at its progress, which was too overpowering on at least three occasions during the hour that it roasted. Outside, November fireworks could be heard from far away and I was delighted that these celebrations continued long after the pie had cooked, been plated and was ready to serve. The dish still retained its resilience even after cooking as the slices were tough to cut and serve. The pumpkin pie deliciously resembled its fragrance and pleasingly was as we had all imagined while salivating over the thought of it earlier during preparation.

I considered the length of time it had taken to prepare and bake this much-anticipated pumpkin pie, which was far longer than expected, several hours in fact. I also reflected on the physical efforts that had been involved and pondered if I would be making this dish again anytime soon? Doubtful, I concluded, unless tinned pumpkin puree and ready-to-roll pastry was obtained, which would half the preparation time and energy used, but also hollow the sense of achievement once completed. 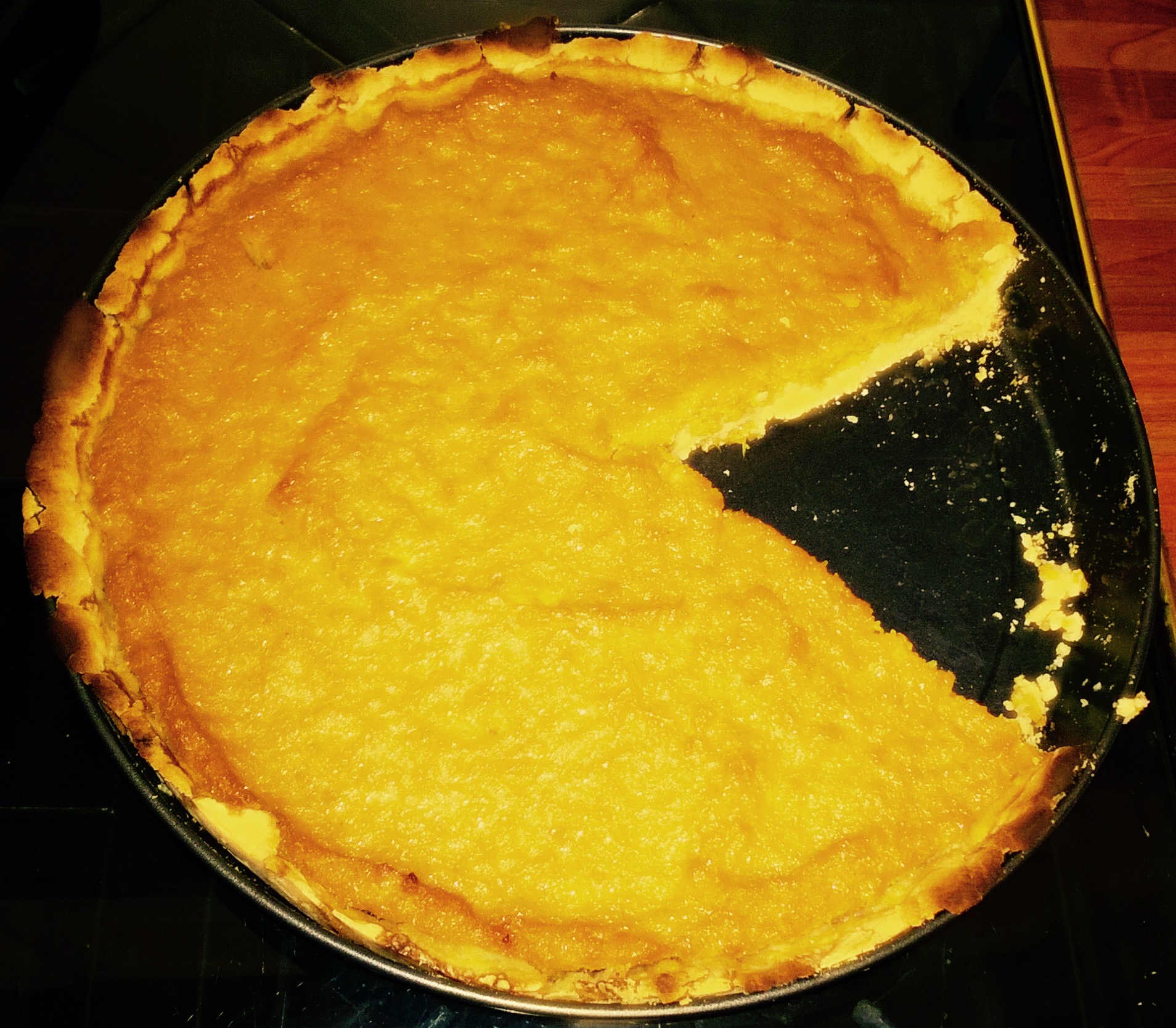 As my family enjoyed their dessert, I gazed at the tanned tart, studying the conversion from the vivid orange organic colossal vegetable that had emerged from the earth into this neat golden-brown cooked circular pie that was gratefully being devoured. I wondered what had happened to my vibrant autumnal colours? I had not contemplated the near-empty plate of crumbs that would soon appear all too quickly after months of imagining this edible harvest tapestry. Then I remembered the rich hard peels of the pumpkin’s shell were sitting on the compost heap waiting to be returned to the ground and considered what the next season’s bake would be.

Things to do and places to see in Helsinki: My Visit to Finland

One thought on “Harvest Baking: My Experience Cooking A Pumpkin Pie”