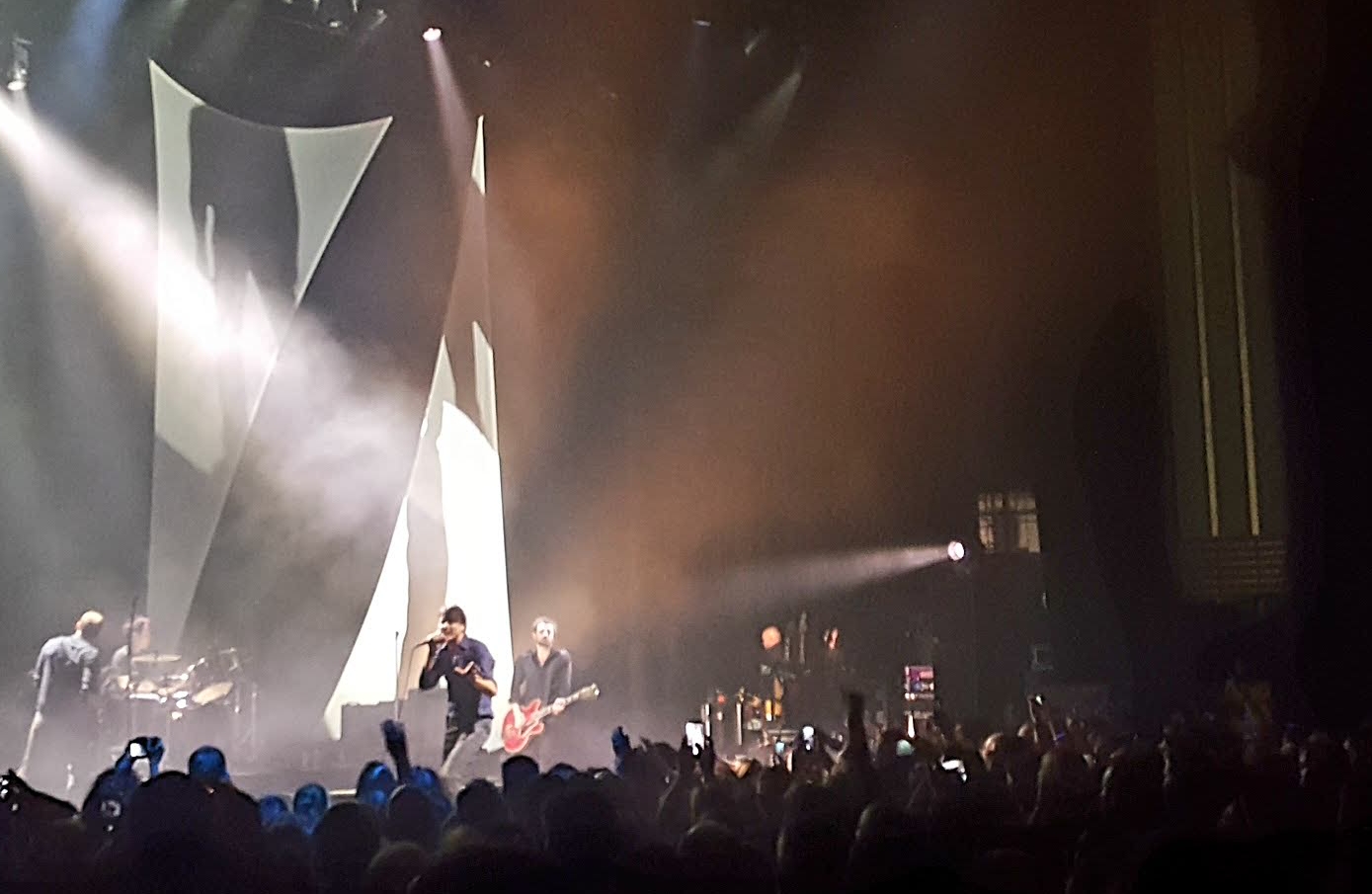 Quite a journey was travelled during Suede’s captivating performance for the first of their two night residency at the Eventim Apollo, Hammersmith London on 12th October 2018. Opening with offerings from their current album the Blue Hour, the on-stage screen that had transformed the five members performing behind it into cosmic shapes, was lifted a few tracks in, and this seemed to release the energy across the venue which continued to build throughout the night. 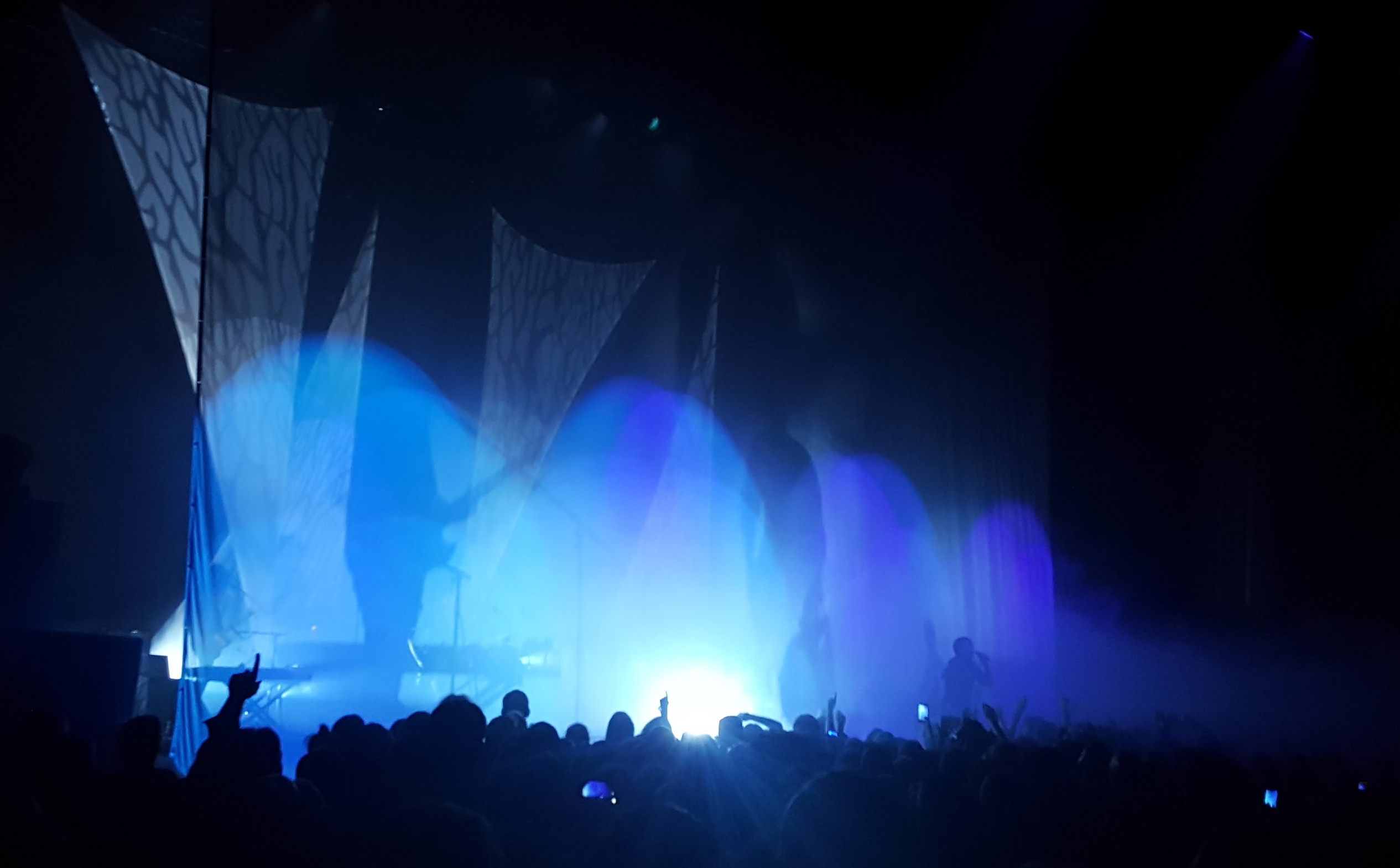 Their varied set was a mix of intense moments most notably with recent songs, Wastelands and Life is Golden, which made for an uplifting encore, and earlier crowd-pleasing anthems like Animal Nitrate, the Drowners, So Young, Filmstar and Trash that produced inevitable raucous singalongs. The highlights of the night involved the quiet potency of Brett Anderson’s solo rendition of Pantomime Horse, and the undeniably huge hit Beautiful Ones, which had been introduced with Brett addressing the crowd with, “If you don’t know the words to this, I don’t know why you’re here” before the band played their triumphant finale. 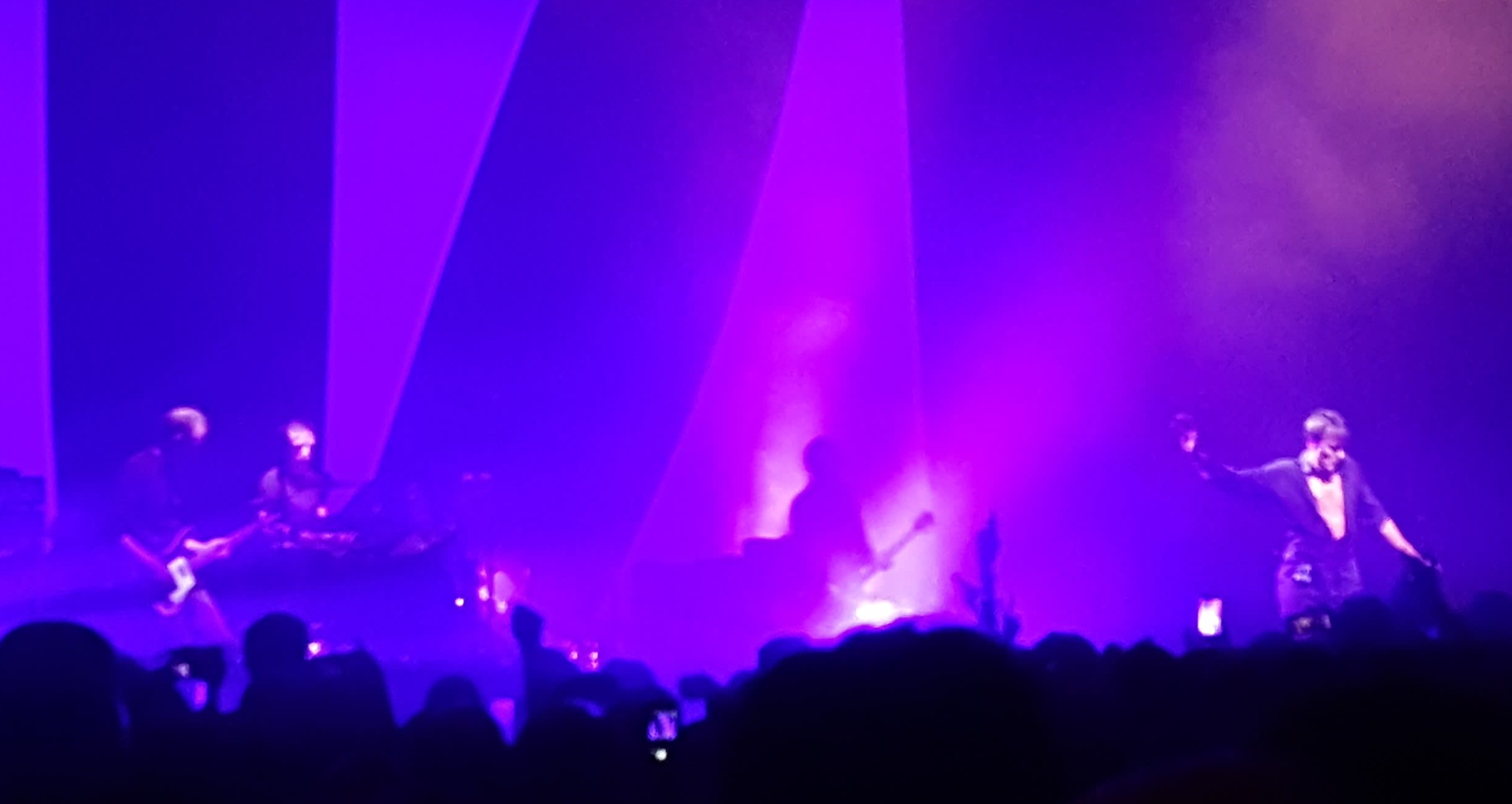