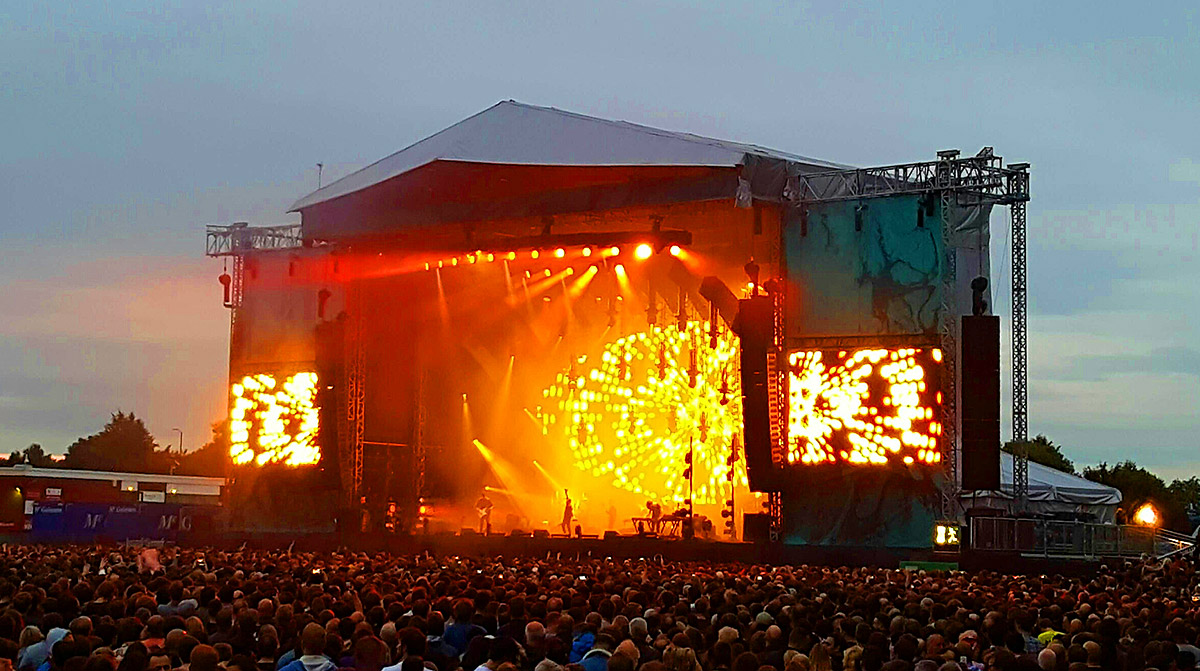 The usual anticipation in the lead-up to Radiohead’s two summer tour dates originally planned for Manchester Arena, changed to empathy and determination when both gigs were rescheduled and merged into one at the LCCC Emirates Old Trafford on 4th July 2017 in the aftermath of the Manchester attack. Exactly a month before, this same stadium had hosted the iconic One Love Manchester benefit concert where Ariana Grande brought people together for a special tribute in a response to the tragic events, and while tonight’s Radiohead show from their A Moon Shaped Pool tour was a different musical occasion, the significance of its location and people coming together still seemed very present and acknowledged from the outset when singer Thom Yorke  addressed the crowd with the few words, “You made it then!” after the band’s rousing melancholic opener, Let Down. This tone continued with Lucky, another of the many renditions from OK Computer in homage to its 20th anniversary year and re-release OK NOT OK during the Oxford five piece’s two and half hour set, and later the blistering melodies and singalong for No Surprises soothed onlookers in a mid-set lullaby. Also offering a calming effect were the cascading layers and wistful vocals from Daydreaming, taken from last year’s album with the same title of their current tour. This was a contrast to the jagged distortion and shouts from both band and fans for the chorus of 2+2=5, from 2003’s Hail to the Thief, and the sprawling journey of Paranoid Android. In another twist, not just in the displays of the dancing bodies accompanying the engaging electronic brilliance of Kid A’s Everything in its Right Place and Idioteque, the (approx) 50,000 strong crowd were transported elsewhere.

Pyramid Song, Lotus Flower and There There were also notably captivating, as was the previously unreleased, I Promise from 1997, which surfaced this year with their reissue.
The band may have received mixed criticism from press and peers in recent months due to their choice of international concert locations, but tonight politics was present in a different way as the crowd indulged in more Jeremy Corbyn chants reminding everyone of Radiohead’s memorable televised headline set from Glastonbury’s Pyramid Stage a few weeks ago where they proved their prowess and popularity to festival goers and global audiences. Tonight’s set blending new and old reinforced this again, highlighting the band’s musical diversity, consistency and adaptability not just evident in their stage presence and live sound, but also in their 30 (plus) year history. The tumultuous response that arrived with the first few chords of 1995’s The Bends after Thom inviting the crowd to sing in case he forgot the words, seemed to sum up the show nicely, but it was the collective efforts of band and fans for a remarkable stadium singalong during the finale of Karma Police that left people high, not dry judging by the resounding applause.

Two encores is apparently standard for Radiohead shows but as their fans kept a repeating moving choral of “For a minute there Is lost myself” echoing around the stadium long after the band departed from the stage there was a big possibility they would return for a third, until the pitch lights blazed down officially announcing the show’s ending, and so the singing flowed out into the surrounding streets with the dispersing crowd. 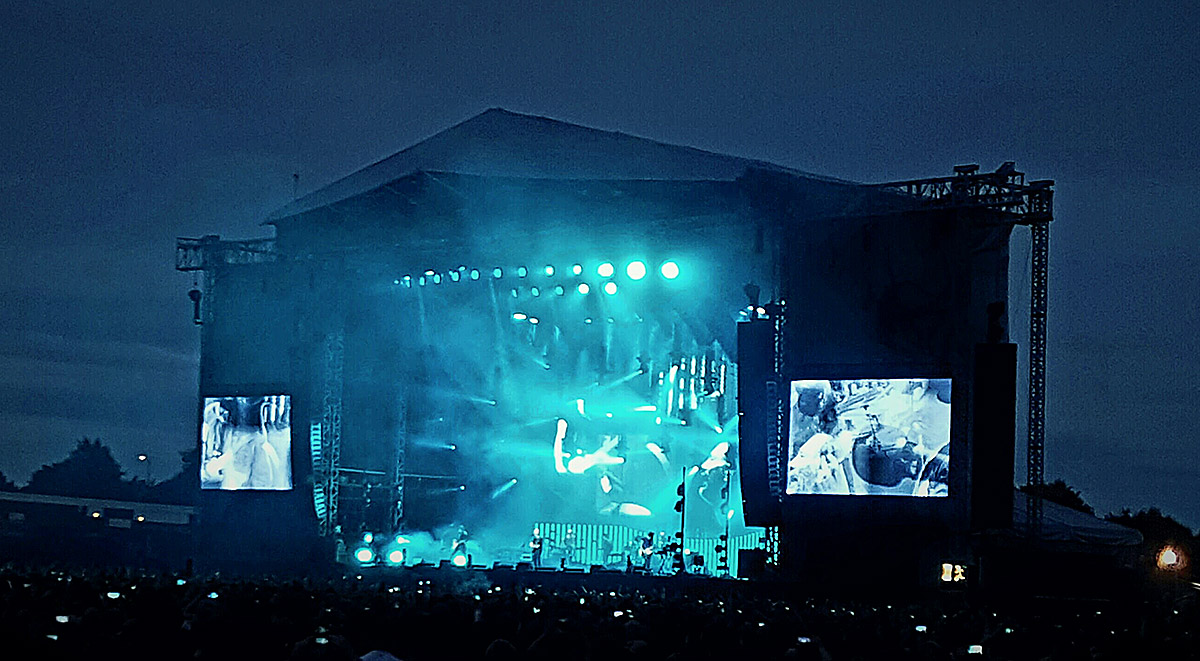