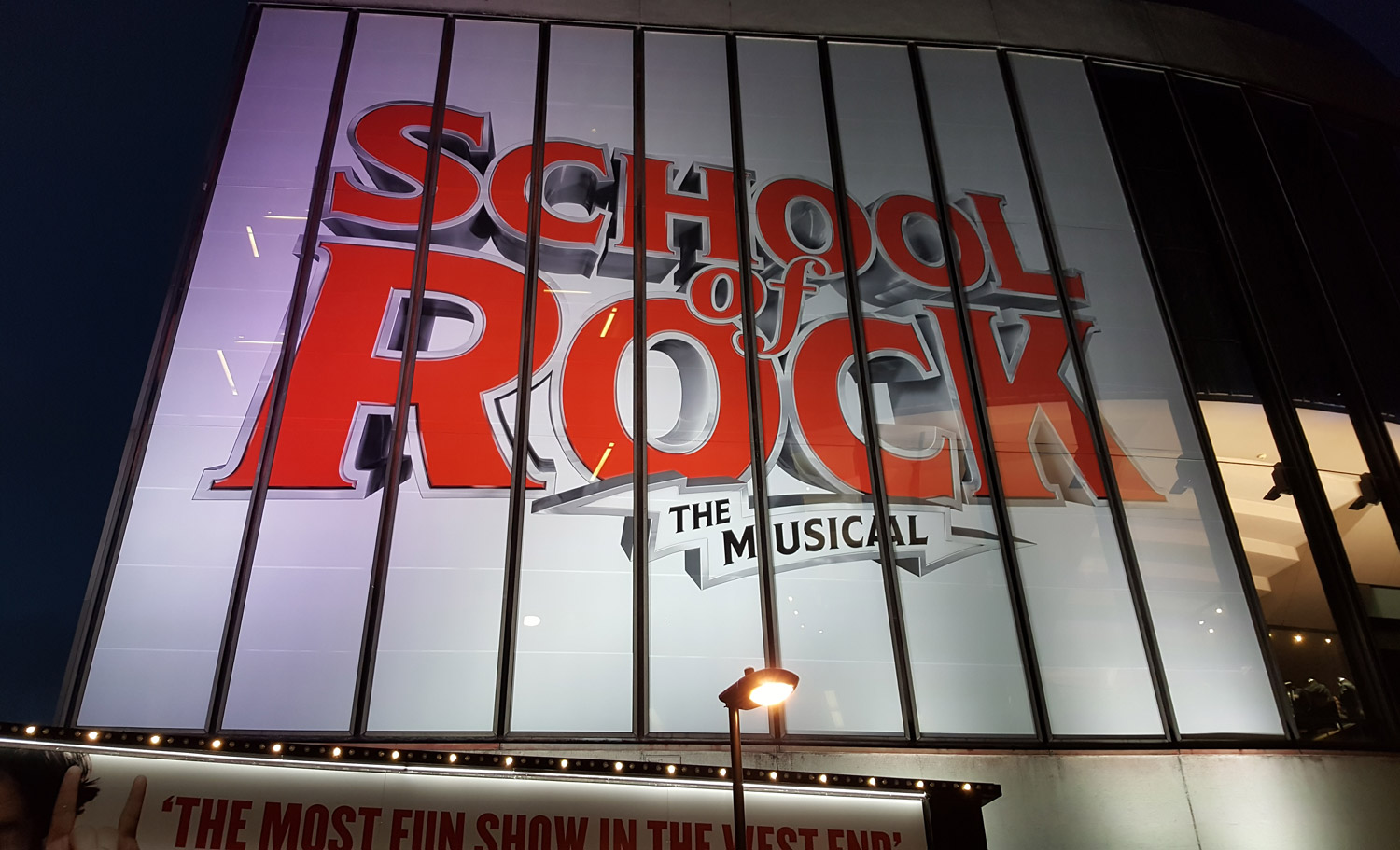 When first contemplating going to watch Andrew Lloyd Webber’s widely acclaimed new West End musical based on Richard Linklater’s film starring Jack Black (of the same name), it was not high on a personal ‘must-see’ list, and to an avid rock fan the image of a cheesy singalong to heavy rock music was a deterrent. However, after attending and being fully submersed in an engaging, witty and energetic performance rife with rock n’ roll bravado from this show currently at the New London Theatre, Drury Lane, the recommendations for this entertaining experience are watch,  rewind, and repeat at leisure.

As well as original songs from the film, School of Rock the Musical contains 14 new songs from Andrew Lloyd Webber. The show, written by Julian Fellowes, features the same plot concerning an aspiring rock star posing as a substitute teacher who transforms his class of young students at the prep school into a rock band to compete in a battle of the bands. It’s hard to forget the hilarious scenes of Jack Black’s protagonist Dewey Finn’s animated and enthusiastically contorted face, extrovert dancing, manic laughter and occasional falsetto singing and similarities can clearly be seen between the show’s actor, David Fynn’s version of Dewey but Fynn’s take proves far beyond just a homage, most obvious when he sings and roars the catchy melodies in his own manner. Florence Andrews shines as the reserved Rosalie Mullins, who lets loose when displaying her vocal prowess for one of Mozart’s arias, also a demonstration of the show’s range in music genres and appeal. The sheer amount of planning, rehearsing, orchestration and effort from every aspect of the production are evident with how polished School of Rock the Musical is, a contrast to the haphazard dishevelled characteristics of its star, Dewey, before his journey.

The enthusiasm and electricity displayed by the show’s whole cast, some of whom are aged 8-11yrs old (for which our experience was one of the three young teams in the cast) is relentless, as is the seamless control of their instruments and vocals as they belt out hit after hit, grabbing the audience by the senses and catapulting them right into the story. It was also good to see the show’s ‘other’ band lay down their instruments and watch from the side of the stage, when the young cast members took over the musicality of the performance, rocking the audience to an undeniable raucous response. It’s no surprise then, that this musical is extending its booking in the West End.